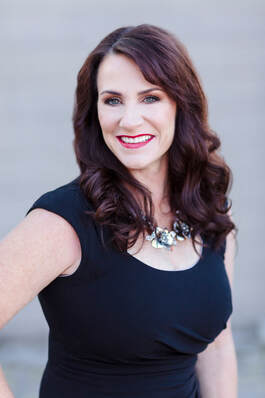 Ginger Clayton - Founder
Ginger is passionate about helping others move forward. In her twenties, Ginger was a young, divorced single mother who was working three jobs while in college. One day she was short on diapers, and the Diaper Bank of Southern Arizona provided her with a small package. As a result, she would have enough diapers to drop her baby off at daycare and go to her class and two jobs that day. She never forgot this act of kindness and wanted to pay it forward. In 2013, Ginger founded the Diaper Bank of Central AZ  with the mission to help families by collecting and distributing one million diapers per year. Ginger also serves as the CEO of Elontec, a leading provider of commercial furniture, moving and technology solutions. In fact, Elontec serves as the warehouse for the Diaper Bank of Central Arizona. Ginger believes that owning Elontec is a privilege and allows her to help others through community involvement, mentoring and providing business services. She takes immense joy and responsibility in continuing to serve the Diaper Bank. Ginger has been awarded numerous accolades for her work in helping others in the community. 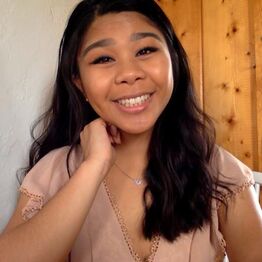 Catherine Demotica - Phoenix Program Coordinator
Catherine's first experience with a diaper bank was as a volunteer with the Diaper Bank of Southern Arizona (DBSA) in early 2020. After volunteering at the warehouse, she grew an interest in the DBSA's mission and decided to pursue a grant writing internship with them the following semester. She decided to stay with the Diaper Bank once her internship ended, and joined the team as an AmeriCorps VISTA doing Outreach and Engagement for the Diaper Bank of Central Arizona. Her service term made her realize that her passion was helping families and children in her community, so she jumped at the opportunity to become the Phoenix Program Coordinator when it was offered to her. She now manages all Phoenix programs and facilitates partner relationships throughout Maricopa County. She is humbled and grateful to help thousands of children and families in such a capacity. 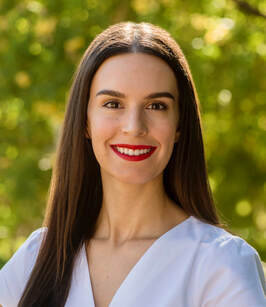 Gabi Young - Phoenix Fundraiser Events Co-Chair (Volunteer)
Gabi has been involved with the Diaper Bank since 2016. After four years as a volunteer and an Advisory Board Member, Gabi joined the Diaper Bank of Central Arizona (now Arizona Diaper Bank) as the team's Director of Community Outreach. She then ultimately served as the President of the organization for two years. Gabi graduated with a business degree from Washington University in St. Louis and spent seven years working in Financial Services in San Francisco and in Scottsdale. After her first child was born, Gabi took time off of work but soon discovered the Diaper Bank. Gabi is one of the co-chairs for the Diaper Bank's 2023 Topgolf Charity Event. She enjoys educating others about the work the organization is doing and engaging with the many generous donors and supporters of the Diaper Bank. Brace Higgins - Warehouse Manager (Volunteer)
Brace is a crucial part of the Diaper Bank team. He organizes all incoming diaper donations and   shipments and keeps the Bank's inventory organized and tracked. Brace helps prepare diaper   pallets for volunteer staging events where diapers are prepared to be distributed to non-profit   organizations, and he also is the face of the Diaper Bank when our partner agencies come to pick   up their inventory. Brace carries with him great passion for helping others and a continual can-do   and positive outlook. 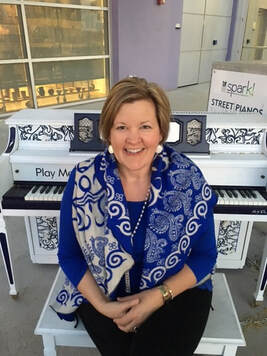 Susan Haugland - Strategy Consultant (Volunteer)
​Susan’s history with the Diaper Bank of Central Arizona began in 2004 with collecting diapers and supporting the “Annual Baby Diaper Drive” for the non-profit Homeward Bound - well before there was an actual diaper bank in Phoenix.  Since that time, Susan has played a key role in keeping the diapers coming for moms and their babies in the community.  Susan has led many efforts such as community and corporate outreach, elementary and high school diaper campaigns, corporate giving, grant writing, marketing, and her business was the brick and mortar home for the organization for a time.  Her 16 years of service has aided in the development and sustainability of the Diaper Bank of Central Arizona.  Susan continues to serve in various capacities based upon the needs of the organization.  She is a trusted and loyal advisor and a very hands-on member of the core team. Susan is married to her husband of 25 years and she resides in Scottsdale, Arizona.